We have to be creative. We're so locked into these old models where, you know, there's always going to be someone on the short end of this. But I think energy, the energy transition, lends itself to the possibility of justice —because you can put solar on rooftops, because people can come together to own a project that will power their community. It's not inevitable that this will be unjust. We can change it. I think this is a remarkable opportunity to really take back the energy system in service of those who've been on the bottom. 1

In 2018, the Trump administration did something unexpected. It transitioned discriminatory solar panel tariffs aimed solely at China and Taiwan, to uniform tariffs that raised the price of all foreign produced solar panel modules or components used in manufacturing. 2 The purpose of the original China-focused tariffs, implemented under the Obama administration, was a form of protectionism aimed at boosting domestic solar panel manufacturing by insulating it from global markets and competition. Prior to these interventions, China invested heavily in and subsidized its solar energy manufacturing sector throughout the 2000s. By the time this initial round of tariffs were implemented, Chinese manufacturing accounted for nearly two-thirds of global solar panel production, driving down costs and thus limiting the economic viability of state-led investments in the renewable energy sector around the world. 3 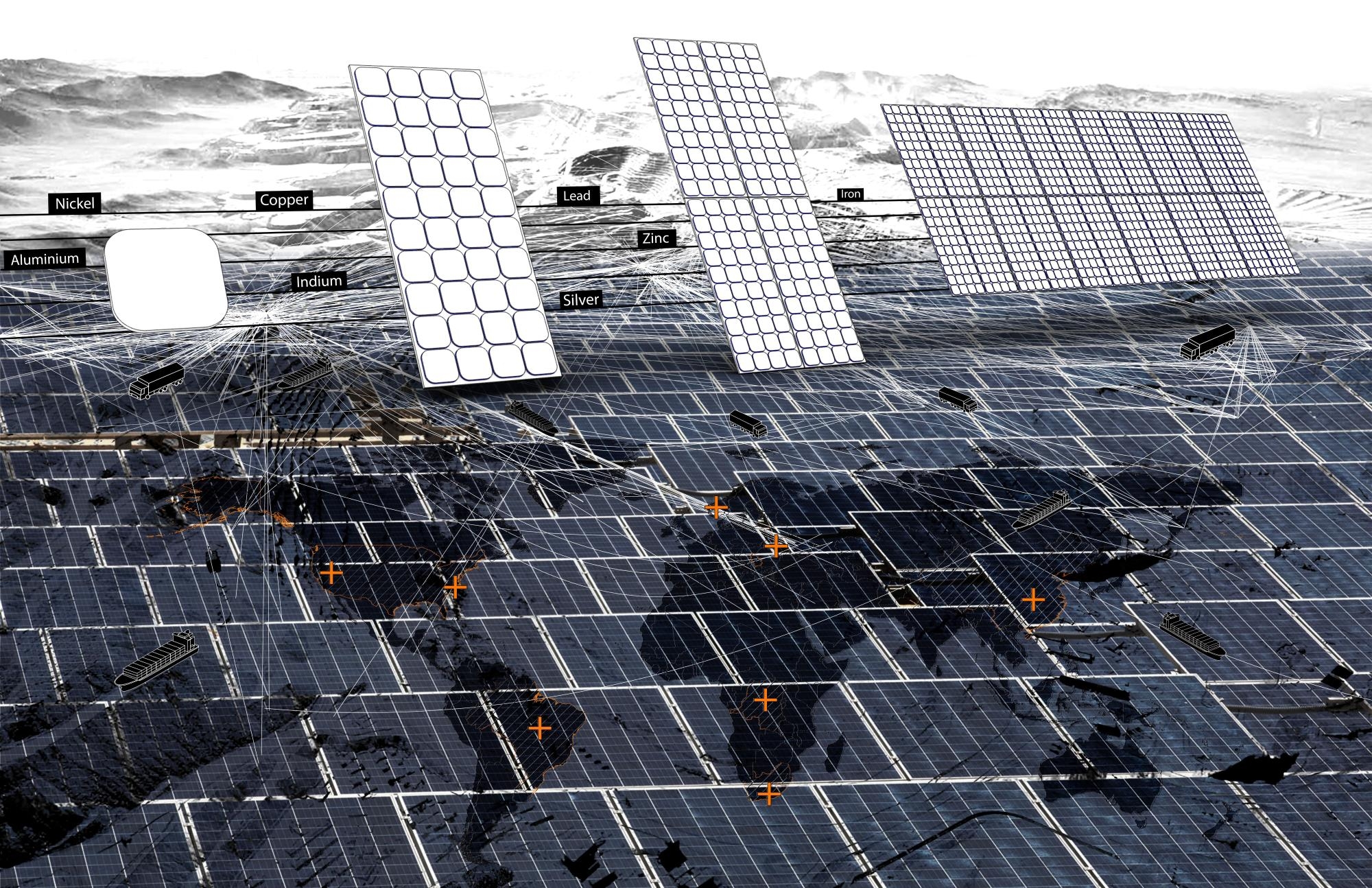 Solar panels, like wind turbines, are one of the most emblematic technologies of the clean energy transition. As such, they have become stand-ins for the fights over who is going to “win” the energy transition, with nations developing nationalistic policies that bolster domestic markets at the expense of widespread solar panel deployment.

The Obama era tariffs were determined by each Chinese manufacturer's level of state-backed funding and the extent to which they were deemed to be undercutting global market prices. This was intended to allow US based production facilities to shop around for the lowest tariff price on a variety of key components for solar panel manufacturing. In contrast, the Trump era tariffs were a consistent 30% for all foreign-produced solar panel components and cells, leading to concerns that US domestic manufacturing would move abroad completely as production and deployment costs soared. 4 President Biden has defended the Trump era tariffs, reflected in their rise from 15% in 2020 to 18% in 2021. 5 As Democrats and Republicans, foreign and domestic manufactures, and economists debate the optimal tariff level, they miss two fundamental facts: the world needs as much solar energy as can be installed as quickly as possible, and that manufacturing accounts for 13.4% of solar energy related jobs. 6 At first glance it would seem that the Trump administration was simply attempting to do in the U.S. what Chinese officials had already accomplished: to drive domestic investment in renewable energy production. But, ultimately, these new tariffs had less to do with buoying a nascent industry in the U.S. than with stoking the Climate Cold War with China. In fact, the jump in the tariffs was so high and far-reaching that it would cost the U.S. 62,000 domestic jobs. 7

Solar energy—like rare earth elements, wind turbines, and other core components of the energy transition—has become a proxy for geopolitical conflicts that began to simmer in the early 2000s. While today these conflicts have manifested over the material production of ‘green’ goods, they are emblematic of deeper schisms about the means, methods, and aims by which the energy transition will be carried out: who will control green technology and the capital, resources, and territories that make it possible; how cooperative or competitive the energy transition will be; whether the aims of the transition coalesce around improving quality of life and limiting warming or reproducing extractive forms of economic development.

When communities of color in the Global North prioritize reduction over production in their efforts to democratize energy, they counterintuitively strive to achieve equity, sustainability, and collective ownership through inequitable, unsustainable, and capitalized solar supply chains that oppress other communities. 8

Unfortunately, many countries and economic trading blocs are opting for nationalistic policies which aim to ensure growth and economic supremacy of domestic industries. The Biden administration has framed its climate policies as a fight to be won, resurfacing Cold War era language and further contributing to the Climate Cold War. 9 The US, despite being the poster-child for self-interest, especially concerning energy resources and markets, is not the only economic power to engage in this type of targeted economic foreign policy. The EU implemented similar discriminatory tariffs against China and Taiwan as the Obama administration, with some tariffs reaching as high as 75.4% for specific Chinese companies. 10 Increasing technological capabilities and falsely-competitive production markets have reduced prices for solar module installation globally by nearly 89% across the last decade. 11 In the US, the cost of installation has fallen by more than 70% in that same period, with prices rising for the first time in nearly a decade in the beginning of 2021. 12 Although the tariffs have not reversed market growth, they have had a direct impact on the cost of solar panel implementation, and by extension the cost of clean energy being introduced into the grid.

Even as the global supply of solar-powered electricity has increased from .238 gigawatts to 140 gigawatts in the last two decades, the scale of growth has been undercut by nationalistic desires for domestic production. 13 Promulgating international trade rules based on where solar panel components are produced has limited the scale, scope, and economic impact of the energy-transition. Solar energy, and the jobs that accompany its installation and maintenance are skyrocketing elsewhere in the world. India, the country with the third largest installed capacity of solar energy following China and the US, has nearly doubled employment in its solar sector between 2019 (115,000 jobs) and 2020 (204,000 jobs). 14 In the same time period, the US lost 17,000 jobs in its solar sector. 15 Solar power is a key element of any internationalist Green New Deal. But their potential will only be realized when questions of how, where, and for/by whom they are manufactured, deployed, and intended to serve supersede the insular, nationalistic agendas that have limited their influence to date.