[T]he potential of rare earths to become the next ‘elements of conflict’...is not due to their absolute scarcity or geological concentration in any single place—such as China—but rather to the political life built around them as multiple actors with diverse interests navigate between necessity, cost, and danger. 1

Rare earth minerals are everywhere, yet poorly understood. Rare earths, or lanthanides, are a series of 17 metals with unique magnetic, electrical, and visual properties. They are essential ingredients in digital and renewable energy technology, powering everything from cell phones, to data centers, to electric cars, and wind turbines. They are also used heavily in the fossil fuel industry, as fuel cracking catalysts.

This map displays Rare Earth deposits around the world in relation to the quantity of minerals yet to be extracted. Each combination of filled circle and the outline circle represent different kinds of rare earth mineral categories of carbonates, alkalines, placer, ion absorption and iron oxides/copper oxides. The mines represented on this map are currently active mines and do not represent future or past deposits. The rarity of these minerals is not a result of the material abundance, but of the political economies which seek to control their extraction, purification, and implementation in green technologies. 2

Rare earths are not at all materially rare. The United States Geological Survey has identified over 800 rare earth deposits across six continents. 3 Rather, their alleged rareness is a “semantic confusion” 4 stemming from the first discovery of rare earth ore in Ytterby, Sweden, in 1792. What makes them appear allegedly “rare” is that once out of the ground, rare earths are incredibly difficult to separate. Elaborate, often heavily toxic processes of chemical leaching and flotation are required to separate individual rare earths from their associated ore bodies. As a result, the economics of rare earth mining depends not so much on mining itself, but on the transnational logistics of efficient mineral processing infrastructures. While rare earth deposits exist all over the world, because of processing difficulty, the technical infrastructure and expertise required to effectively process and separate these minerals remains geographically limited. The geographical bottleneck of rare earth processing creates what Klinger (2017) calls structural scarcity (as opposed to actual scarcity), which means that the “rareness” of rare earths stems primarily from political, economic, and infrastructural circumstances, rather than geological ones. Even more, given their wide range of applications, and the formidable grip rare earth elements have on our contemporary technological world, 5 they stubbornly remain mythologized subjects of speculation and fascination. This phenomenon stems in part from a discourse of perpetual newness, in which rare earths are consistently framed as the hidden material infrastructure behind innovative futures.

Key Elements of the Energy Transition 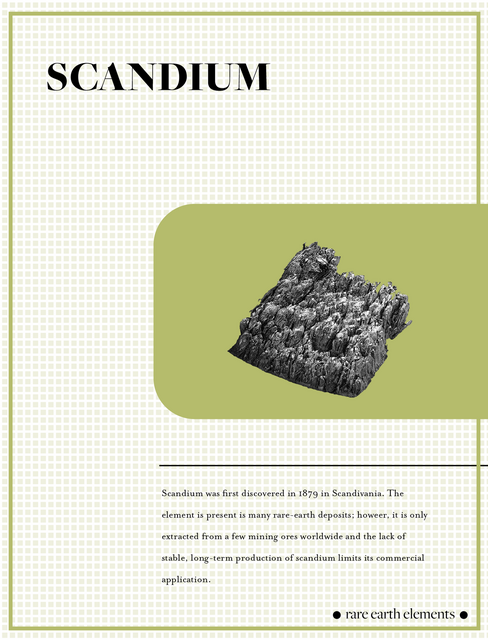 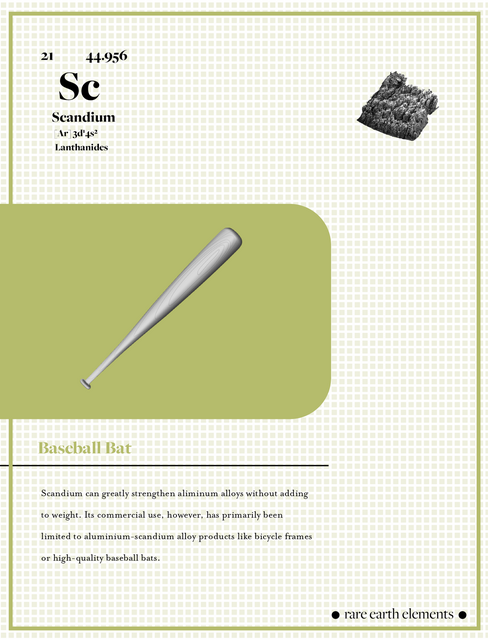 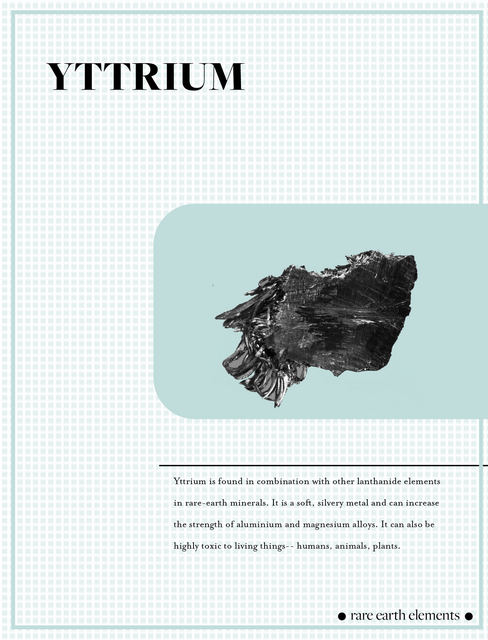 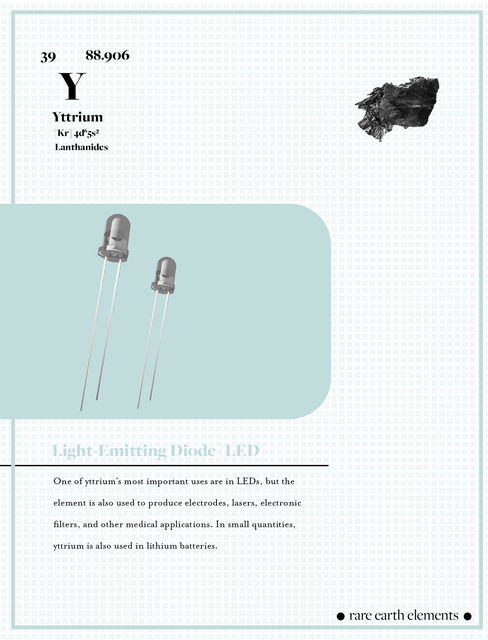 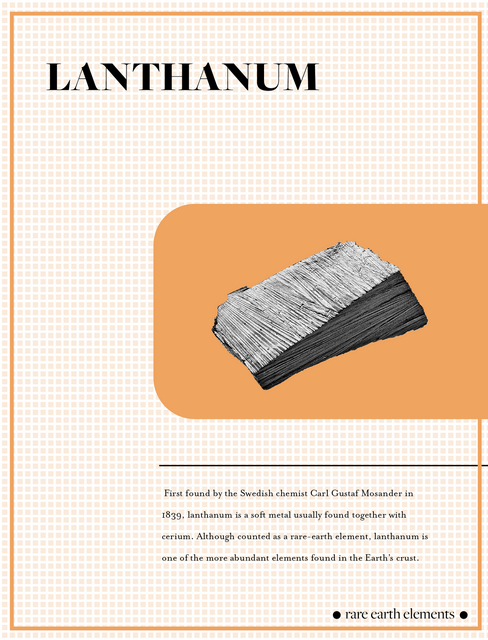 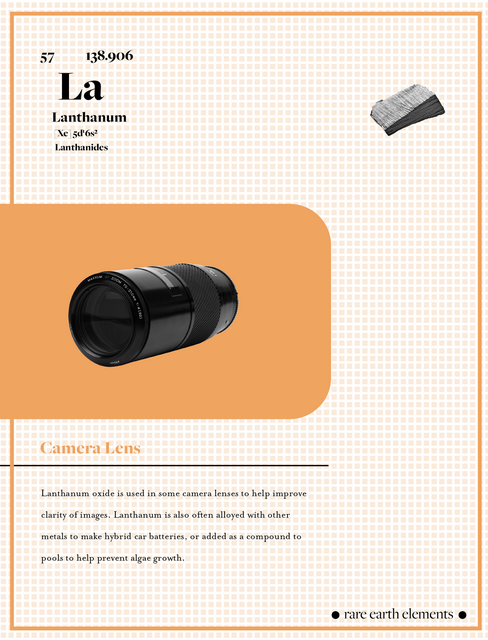 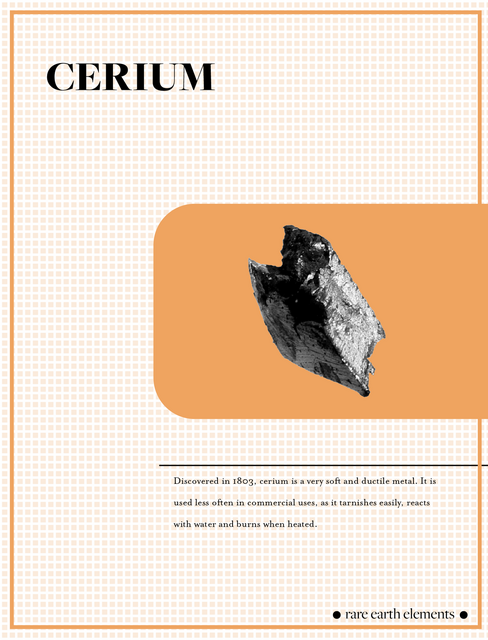 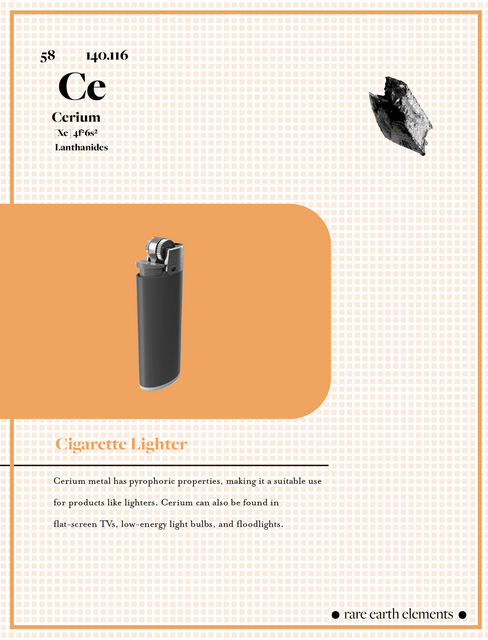 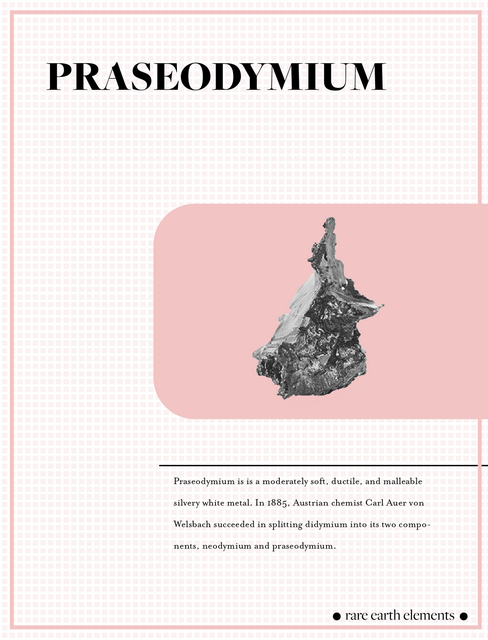 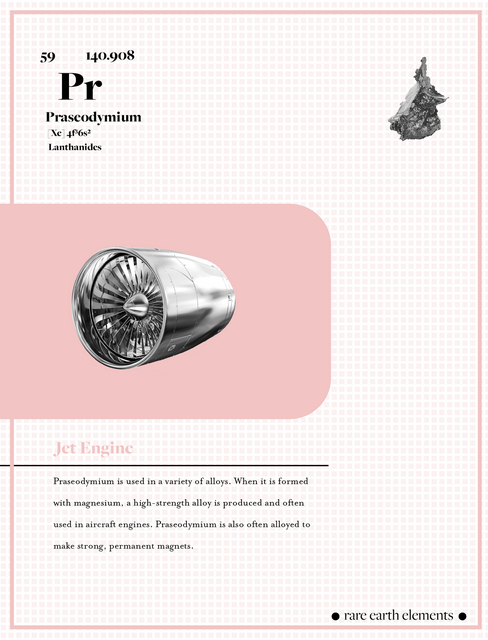 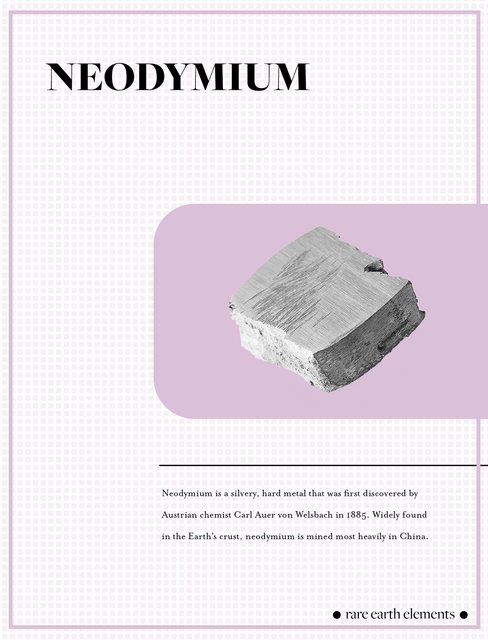 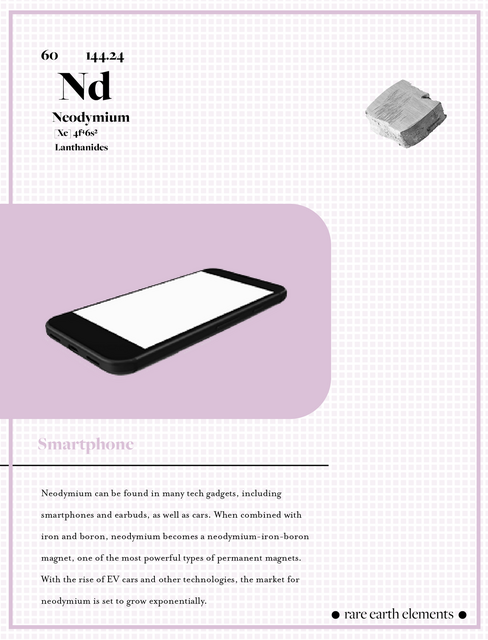 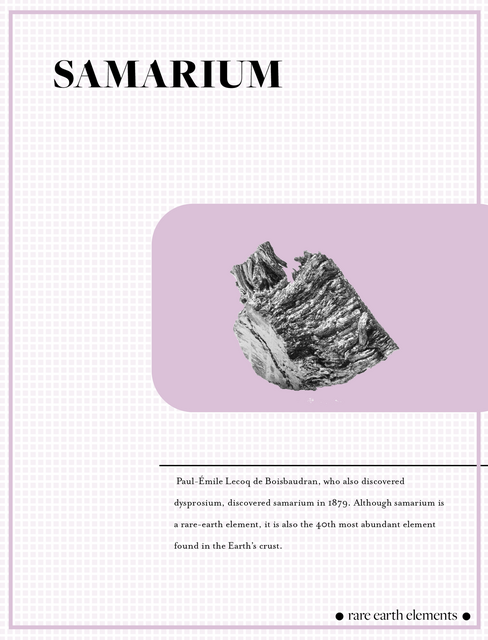 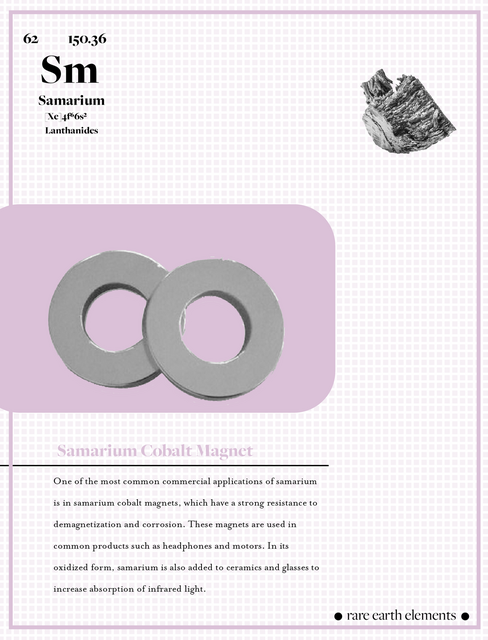 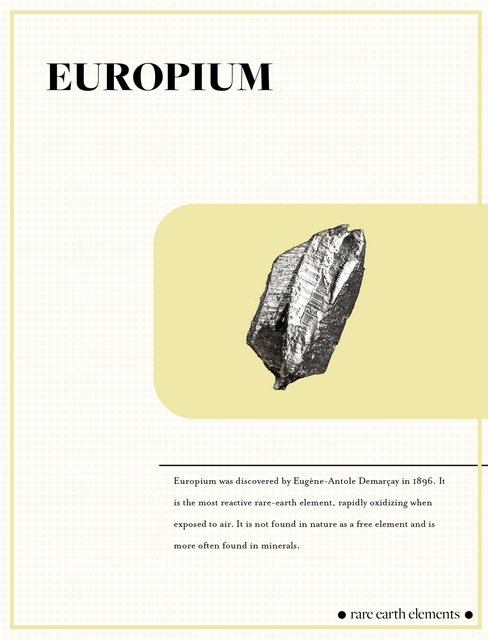 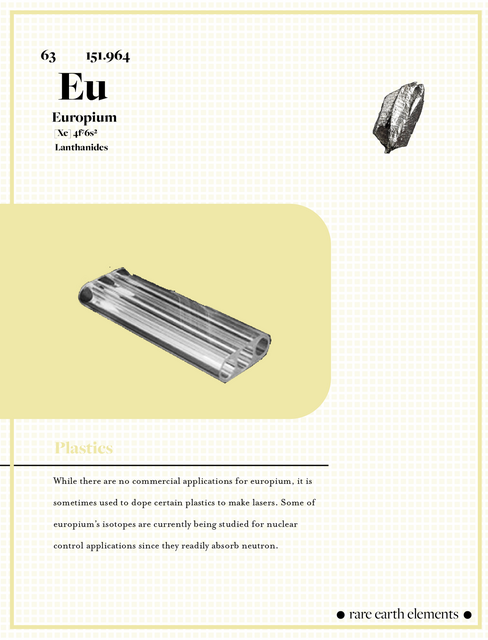 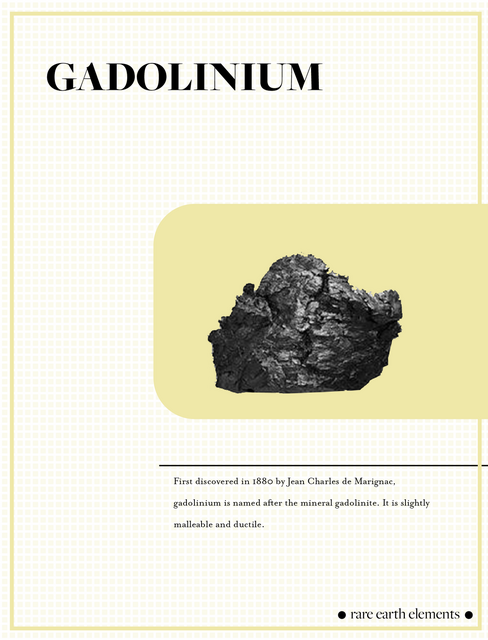 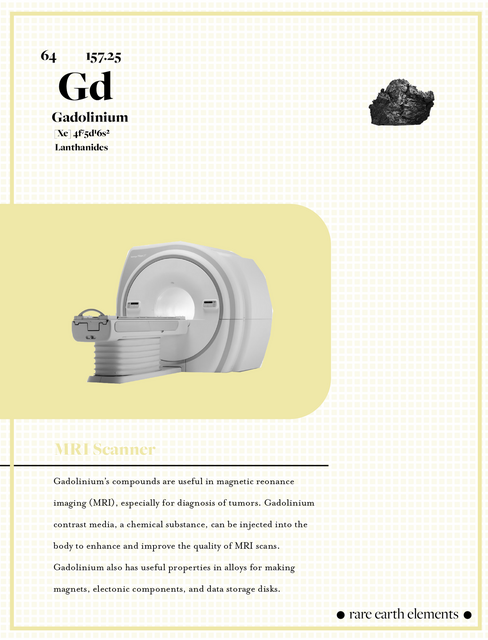 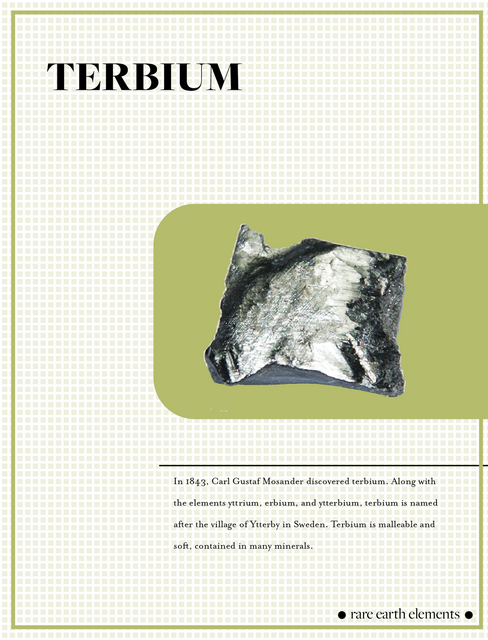 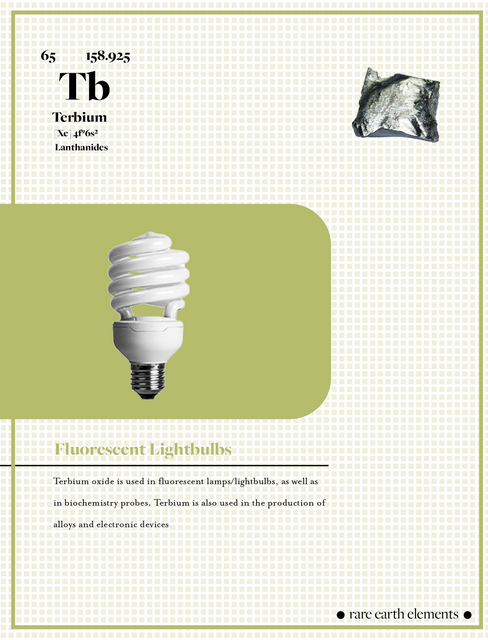 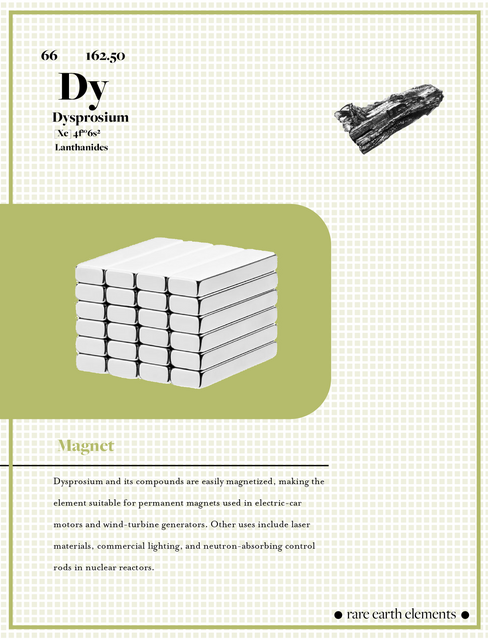 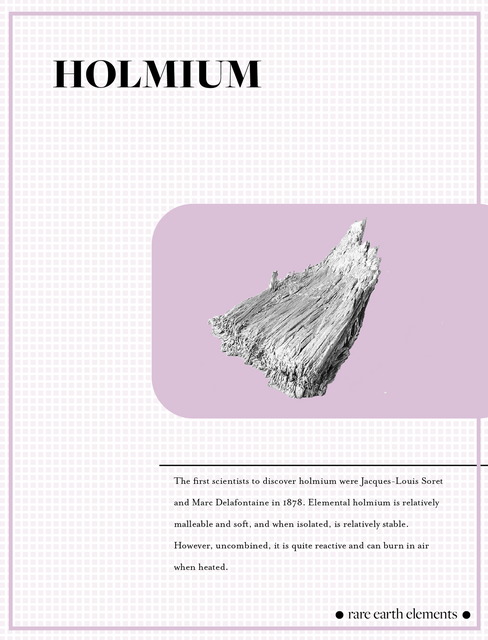 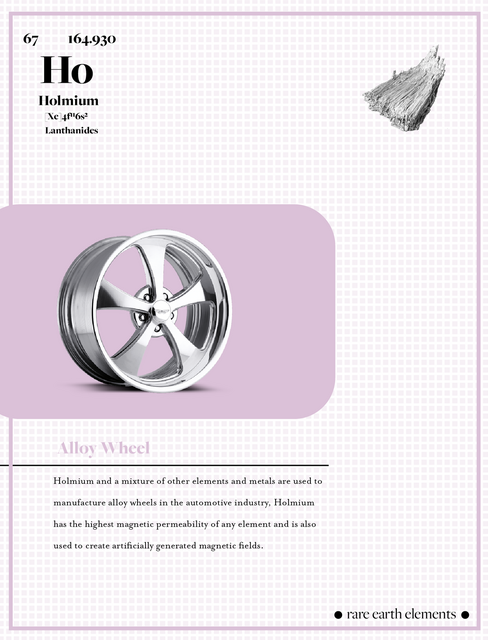 China has dominated the rare earth market since the late-1990s, at its height controlling up to 97% of the mining, processing, and value-added manufacturing sectors. 6 The market has since shifted, but not tremendously. In 2020, the global rare earth production was 240,000 metric tons, China accounting for more than half of the total mined ore, but still nearly all of the necessary separation and processing. 7 It is difficult to estimate the precise distribution of rare earth processing facilities, but a vast majority remain in China. An increasing, but still limited, number of processing sites are being built or speculated near proposed mines (in places like Yorkshire, 8 Saskatchewan, 9 Greenland, 10 and Texas), 11 but it is currently unclear how many of these facilities will actually become operational and, if so, how much ore they will eventually process. These proposed facilities are responding to a theoretical rising demand for new mining–a demand which may shrink with the increase of rare earth recycling and reclamation efforts.

You have probably never heard of most of the rare-earth elements yet they have insinuated themselves deep into the fabric of modern life -in ways of which most of us are completely oblivious. 12
–Justin Rowlatt

An honest mapping of the global rare earth situation must focus not just on deposits, but also on proposed projects, operational projects, processing infrastructures, and reclamation infrastructures. These processes will not always translate well to cartographic representations, but it is crucial that we better understand the increasingly dependent relationship between a truly international Green New Deal and the transnational political economy of increased mineral extraction. Rare earths, and their politics, are at the center of this understanding. When the media or politicians invoke rare earths, it is almost always as a lens on contemporary political anxieties, not on the rocks themselves. As one example, in 2020, U.S. Senator Ted Cruz introduced the O.R.E. (Onshoring Rare Earths) Act, in an attempt to draft policy for the expansion of rare earth mining and processing in the United States. 13 However, the text of the bill confuses “rare earths” with “critical minerals”, lumping other metals like lithium, cobalt, graphite, and manganese with the 17 defined rare earths. This communicates a generalized anxiety around mineral supply chains, an anxiety being attached and marketed under the umbrella of rare earth security. Conversely, this map endeavors to communicate how the fears and uncertainties over rare earths as rare are structural fears, not actual ones. How can we expand our political imagination of these future-building minerals? Our ability to build an internationalist Green New Deal depends on our ability to answer that question.